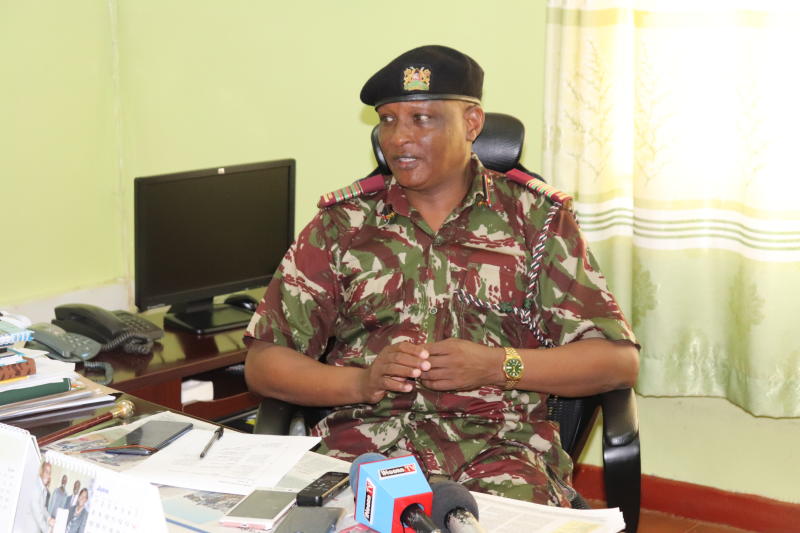 Central
Galgalo applauded the public for reporting those flouting the rules which helped to nab the offenders who were charged.

Close to 100 people have been arrested in Embu County since the Covid-19 pandemic hit the nation for breaching the regulations the Ministry of Health set to fight the disease.Embu County Commissioner Abdulahi Galgalo applauded the public for reporting those flouting the rules which helped to nab the offenders who were charged.He cited a case where a Neno Sacoo matatu driver informed authorities that he learned two of his passengers were from Kilifi, an area that has restriction of movements.“Because of concerted effort to combat the pandemic among the residents, health workers and the security team, Embu County has not recorded any case of Covid-19,” he said.

The commissioner lauded the well-wishers who have given a hand in helping the needy in the county and helped 3,000 vulnerable people through the county anti-covid-19 committee that he chairs jointly with Governor Martin Wambora.He revealed that national government has donated 1,000 (50kg) bags of rice and over 20 cartons of cooking oil, which has been distributed across the county.Galgalo added that over 9, 000 needy cases entitled to the weekly Sh1,000 have been registered in the county adding that already 6,605 are receiving their money through their phones.“Through Inua Jamii program, over 32,000 elderly beneficiaries are receiving their Sh8, 000 stipend and that the figure of beneficiaries is being continuously reviewed,” he added.